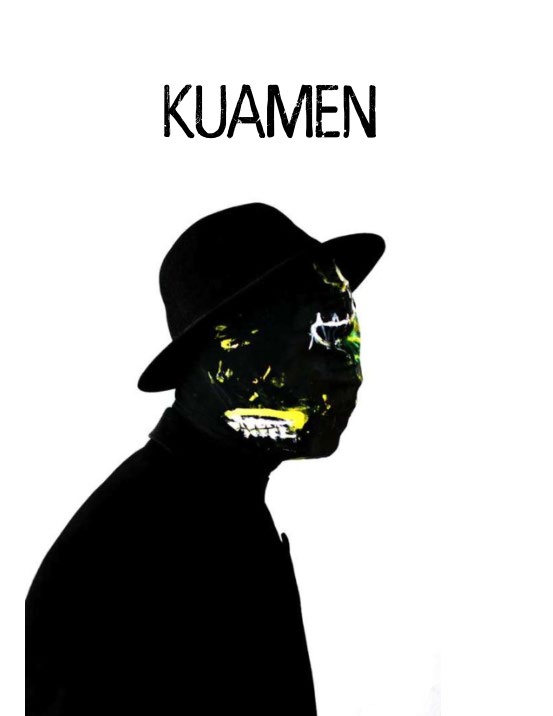 My work is an analysis of social behaviors and injustices from a multicultural ethnic minority point of view. Born in London from a Congolese father and a Mauritian mother, I have lived for more than 30 years in the Parisian suburb where I can study social issues like Racism, Pauperization, Loneliness or Over Consumption from an immigrant’s perspective. Living in projects as an immigrant defines a specific way of living. We create new codes which are a mix of the local culture (France) and our multiple origins mainly from Africa (Algeria, Morocco, Senegal…). For instance we create a new language “slang” which is a wonderful kaleidoscope of our identities. Style and fashion are also a strong motto where I come from. It brings joy and a sense of being powerful and belonging to a group of peers. We want to define ourselves beyond the borders of the projects. I aim at restoring balance between appreciation of different cultures due to misunderstanding or prejudices.

My interdisciplinary practice includes music, poetry, video, painting, photography, performance, sculpture and installation. I started making music in 1992 when I was 11, forming a Hip Hop band. As a boy growing in the Parisian Suburbs, I needed an outlet to talk about life and its surprises: racism, discrimination, meaning of love… With rap music, I learned how to make rhyme and the importance of metaphor. Growing up and always being curious, I decided to navigate between different music styles for inspiration: Soul (Marvin Gaye), Hip Hop (Wu Tang Clan), Rock (Nirvana), Reggae (Peter Tosh) French Music (Mc Solaar) Sega (Otentik Street Brothers, music from Mauritius) and Soukous (Koffi Olomide, music from Congo) etc. In 2006, I have developed a solo music project, “Hiprolk” mixing hip hop, rock and folk. It was a statement meant to break the barriers of strict music genres, establishing a new “style” against music and cultural prejudices. In the same time use of video art has been an opportunity to have a stylish visual impact. Since the beginning of my artistic practice, I have used words and language as a medium. I was also influenced by French writers (Simone De Beauvoir, Albert Camus). I use poetry sung, spoken, written and drawn because it offers me an immediacy of connection between myself and others. Style of writing (use of slang) will always be a mean to pay homage to where I come from.

Drawing has always been a tool to illustrate my lyrics and poetry. In 2007, I incorporated painting to emphasize the flow of my urban storytelling. I wanted to tell a new story about where I came from underlining facts like ghettoisation, immigration and urban identity. Social media like Instagram or Facebook are a bridge to show straight away this kind of work for an instantaneous impact. After an enriching experience during a trip to the U.S. in the end of 2016, I decided to use photography celebrating the cultural contribution of multiethnic communities formed from Diaspora. I started to shoot the Haitian community from Miami during September 2016. I wanted to establish a link between their immigration story and the neighborhood where I grew up. Finally, to understand what are the cultural, social impacts on an immigration country. For the past year, I started to use sculpture and video installation to critique commodity culture’s impact of the environment of communities like my neighborhood. This body of work is the beginning of a series about the impact of over consumption on the environment. “Outfit Of The Day” is a sculptural representation of a closet highlighting about the exploitation of third word communities as well as Bangladesh and migrant communities from housing projects in France by global economics.

the artwork is built

Roselmack as performer, author and producer

Aulnay sous bois (suburb of Paris) during two weeks. Subject : As a

youngster from the housing projects how to think about the future

“Disrupting and Resisting” as the music supervisor for the score of

her video “Disrupting and Destroying”

Subject : Kids in housing projects, Their future against

Chapeau” as a performer, author and producer